Opening a stuck door while black can now get you arrested

On Thursday, July 16, 2009 at approximately 12:45pm, Henry Louis Gates Jr., a prominent and esteemed professor of African American Studies, a man who directs the W.E.B. DuBois Institute for African and African American Research at Harvard University and who holds a university professorship (there are only 20 at Harvard) was arrested outside his home after police responded to a 911 call by a white female jogger who reported two black men breaking into a home in the afternoon. The men in question turned out to be Professor Gates, who had just returned from a trip to China where he was filming part of a documentary, and the driver who picked him up from the airport, who was assisting Prof. Gates with his luggage. 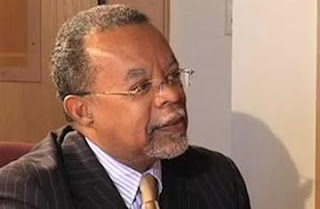 Ultimately the charge that got him arrested was disorderly conduct/resisting arrest--because Gates demanded the officer show him his identification (badge) and give him his name, and he was apparently understandably upset that the police were racially profiling him IN HIS OWN HOME after returning to the U.S. on a transpacific flight that was at least 15 hours long (I've done it--it's long and exhausting).

For more on this story, you can see this AP wire piece on the ABC website and The Root has a statement released by Gates' attorney, notable and esteemed African American law professor, Charles Ogletree--you can also download a copy of the police report on The Root website.

Racial profiling in the Cambridge, MA area has finally reached an all-time low where a black man can be arrested in front of his own home for simply trying to open a stuck door. Who are those people claiming that since we have a black president we now live in a post-racial world? Does anyone believe for a minute that if Barack Obama weren't quite such a well-known face and figure that the results would have been any different? Or if Michael Jordan or Tiger Woods lived in more modest homes and weren't instantly recognizable, couldn't we imagine the scenario playing out the same way in Illinois, California, Florida? Post-racial my ***!

[Update: 10:30pm: Charges against Dr. Gates have been dropped--the City of Cambridge (my former hometown while in grad school) has said that what happened to Gates was "regrettable" and the Cambridge Police spokesperson claims that "This incident should not be viewed as one that demeans the character and reputation of professor Gates or the character of the Cambridge Police Department." For more on the dropped charges click here for the All Things Considered piece (which you can listen to) on NPR and click here for a piece that NPR did about racial profiling (which you can also listen to). Additionally, we now know more about the woman who placed that 911 call that started this whole mess. Her name is Lucia Whalen and she is the Circulation and Fundraising Manager for Harvard Magazine. She is a 40 year-old white woman who lives in Malden, and Harvard Magazine took down her email address from their website because I'm sure this woman was receiving a LOAD of painful email--which honestly she deserves because how can you work for Harvard Magazine, whose doors are literally a few doors down from Gates' residence and NOT recognize Henry Louis Gates Jr., and even if you didn't recognize your neighbor and one of the most famous professors at Harvard, how could you not recognize the black town car parked in front of the house--the luggage--the fact that the driver was dressed in a suit and tie--and how could you add all this up and think that two black men were trying to rob a house IN THE MIDDLE OF THE DAY? Shame on YOU Lucia Whalen...shame on you. And shame on the Cambridge Police department and Sergeant James Crowley for making the initial arrest. Gates is demanding an apology by Sergeant Crowley, but regardless of whether Crowley apologize or not, Gates is keeping his options open for a lawsuit against the police force and city. Guess we haven't heard the last of this saga.]
Posted by Jennifer at 7:04 AM

Email ThisBlogThis!Share to TwitterShare to FacebookShare to Pinterest
Labels: Henry Louis Gates arrested in his own home for being black, racial profiling by the Cambridge police, we are NOT living in a post racial America

Thank you for the further information on this travesty. It's hard to imagine any way that this arrest was justifiable -- even the police officer's own report is unconvincing, makes it sound like he was arrested for shouting at a cop. Not a crime, last I heard.

macon d,
Yeah, this whole thing is just OUTRAGEOUS, but then again, there have been SO MANY outrageous things going on in the news of a racial/racist manner that I suppose I shouldn't be surprised--or as someone said once, "I'm shocked but not surprised"--because really, I am shocked at how blatant the racial profiling is, but not surprised that it still goes on--esp. in Cambridge (people tend to think of college towns as these liberal havens of tolerance, but it really only goes so far and being a black man on a college campus still means being a black man on a college campus).

Thanks for leaving a comment--by the way, I just discovered your blog and have been loving your posts!