So it's a bit longer than I anticipated, but here is Part II of my playful querying about whether Barack Obama can be considered our first Asian American president (click here for Part I). 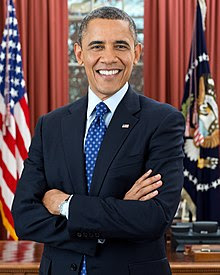 As I noted in Part I, I am not the first to make this speculation--both Rep. Mike Honda and Jeff Yang (during the 2008 elections) made note of the many Asian connections in Obama's biography and background (which I already elaborated on in the previous post).

What I didn't mention in Part I was that their imagining of Obama as Asian American was riffing off of Toni Morrison's essay in The New Yorker in which she famously was quoted as saying:


white skin notwithstanding, this is our first black President. Blacker than any actual black person who could ever be elected in our children’s lifetime. After all, Clinton displays almost every trope of blackness: single-parent household, born poor, working-class, saxophone-playing, McDonald’s-and-junk-food-loving boy from Arkansas

This quote from Morrison got a lot of play during Obama's 2008 election since it was noted, many times, that Bill Clinton was not an "actual" black person but that Obama was.

However, what is missing from this widely repeated quote is the context that Morrison was writing about Clinton--namely the Lewinsky scandal and the way that the impeachment hearings were using his infidelity as the impetus to get him out of office--the ways in which

"the President’s body, his privacy, his unpoliced sexuality became the focus of the persecution, when he was metaphorically seized and body-searched"

which Morrison saw was akin to the experience of African American men being policed and persecuted based on their sexuality.

I mention this because while one could argue that there are tropes of "Asian-ness" that we can see in Obama's life--his time spent in Indonesia, his upbringing in Hawaii, his Asian extended family--they are but symbolic gestures--figurations.  They aren't how he identifies and it's not how others would identify him either since we are still living in an age where we believe we know what someone who is "Asian" looks like, and we know what someone who is "black" looks like--and we apply these rubrics to people and call them racial identities.

Furthermore, the truth is that Obama does not identify as Asian American.  Technically, as far as the 2010 US Census goes, he identifies as African American rather than both black and white and certainly he didn't check the "Asian" box.  And it is important for us to acknowledge that people get to identify the way they want--something folks often forget when they refer to Tiger Woods as monoracially black when he, himself, identifies as mixed-race or half-black, half-Thai.

So why enter into this exercise at all?  I guess I wanted to think about the limits of racial ambiguity, which is the topic of my current book manuscript--the one that has been consuming me and taking me away from being able to think about blogging.  I do think that imagining race as fluid and as flexible is an anti-racist position.  But I also think that there is a historic reality to racialized bodies that we can't ignore.  And that's the tension between theory and praxis.  It's important to be able to theorize beyond our raced bodies--to imagine a place where we can acknowledge the constructed nature of race and the ways in which multiracial people especially complicate this simplistic notion that there are pure races.  But on the other hand, there are the ways that the state has regulated bodies based on believing in race.

So I will continue to think about the possibilities of what if--what if we could say that Barack Obama is our first black American, first mixed race American, and first Asian American president?  What if checked off more than one box became the norm for all of us?

Barack Obama as our first Asian American President?: Part I

It has been two months since I last wrote a post in this blog--which is embarrassing (sigh).  For all my good intentions, I have not felt compelled to write in this space, even though I, ostensibly, have the time since I'm not teaching.

But this is, perhaps, the reason why I haven't been writing in this space--because I have been immersed in trying to finish my book manuscript on racial ambiguity and Asian American culture (which also happens to be the title of the book).  I'm fortunate enough to have a research and study leave, which means I've been reading and thinking and writing and trying to make the most of my time out of the classroom.

And then, of course, as I realized how much time had passed from when I last blogged, the pressure to write something meaningful or at least intelligible increased after so much silence (sigh)--always the dilemma of the writer--the blank page and wondering if there is an audience out there.

But as I tell my students, sometimes, whether you're feeling it or not, you just have to write it.  Good advice.  So I thought I should share what I'm working on, since it has applicability to this blog.  For the last few weeks I've been thinking about the coda to my book--which is also the title of this blog post.  If race is a social construction--if it doesn't have a basis in biology or blood, then could we imagine that Barack Obama is not only our first African American president, our first (openly) mixed race president, but our first Asian American president of the United States? 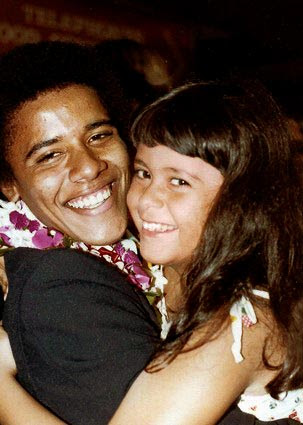 This might seem like an odd way to end a book on racial ambiguity and Asian American culture.  Yet if we think about taking the idea of racial ambiguity to its furthest extremes, if race is not just limited to what you "look" like--if you can be Asian American without Asian American family (as transracial adoptees would seem to prove), if one's racial identity is as much about culture and community as anything else, then it would seem that there are clear markers of Asian American racialization that correspond to Obama's life narrative.  For example:

*He was born and spent his formative adolescent years in the only state in the union that has a majority Asian American population.  The local culture in Hawaii is steeped in Asian American culture from the various Asian immigrants who have come to the island archipelago from the 19th C.  He can speak pidgin, he eats local food, he grew up with his grandparents preparing sashimi for guests and with Asian American neighbors and classmates. 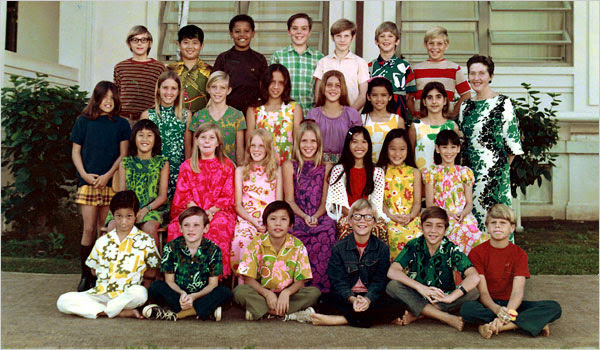 *He is the child of an immigrant father who came to the US to be educated (first, a BA at U of Hawaii and then a PhD at Harvard), and his name reflects these immigrant roots, with people who find it odd, foreign, and hard to pronounce (something many children of Asian immigrants with Asian names understand all too well).

*He lived for four years in Indonesia (from the ages of 6-10) thus experiencing life in an Asian country.

In October 1998, writing for The New Yorker's "Talk of the Town" about the ways that President Bill Clinton was being targeted by special prosecuters for potential impeachment after revelations of his affair with Monica Lewinsky became public, Toni Morrison famously (or infamously) wrote:

Until Barack Obama was elected to office in 2008, it was believed, in certain quarters, that Morrison had claimed blackness for Bill Clinton, thus dubbing him our first black president.  But if you read the above quote (and the entire article) carefully, you will see that it is the "trope of blackness" that Morrison refers to rather than claiming that Clinton's identity is that of an African American man.

In similar fashion, claims for Barack Obama as our first Asian American president have been made by Rep. Mike Honda and Jeff Yang -- mine is not the first observation made in this regard.

Yet what does it MEAN for me to imagine, that Barack Obama could be considered Asian American based on the trope of Asian-ness--the ways in which parts of his life narrative contain similarities to those of Asians in America?  Is this an anti-racist move, one that can remind us that race is a fiction, a social construction designed to elevate one racial group above others?  Can knowing that race is this fluid and flexible become a means to dismantle structures of institutional racism?

Stay tuned for Part II (which I promise to write this weekend!) and, of course, if there are any readers out there, I welcome your thoughts and comments, your agreements and disagreements.  I welcome dialogue, because that's the reason I started this blog to begin with--and Barack Obama was the topic of the third blog post I wrote back in May 2007.