How much does mixed race matter?

Recently I've been realizing that there are people whose race I've assumed to be one thing who are, in fact, something else.  People who I thought were mixed-race African American who turn out to be mixed-race white & Burmese.  Case in point: Alex Wagner, host of the show "Now with Alex Wagner" on MSNBC 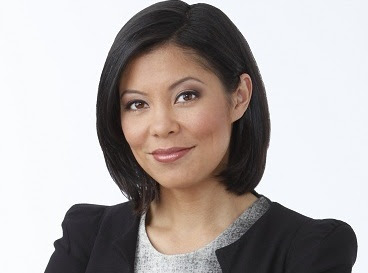 People who identify as African American who have one white and one black parent.

People who appear white who identify as a person of color or multiracial.

[Aside 1: The folks in this category are actually not public figures, so I'm not going to name them nor post their photos here]

I mention all of this because I think this is a commonplace thing to happen to many of us, particularly in the U.S.  We believe that racial categories are stable--we fit people into one of the slots on the racial pentagram (white-black-Latino-American Indian-Asian American) or hexagram (add Middle-Eastern/Arab).  Multiracial people defy this kind of easy categorization.

[Aside 2: Although it can and should be argued that there's really nothing easy about racial classification systems and that they've always been flexible and liable to change]

Yet, as the Harris-Perry example above and our own president, Barack Obama, demonstrates, even when someone has parents of two different racial backgrounds, one may identify not as bi- or multi-racial but with the minoritized racial category.  And it's probably not a coincidence that both of these very public mixed-race/black-white figures identify as African American, given the ways in which our country has treated (and continues to treat) people who identify as or are visibly identifiable as black.

The title of this post, "How much does mixed race matter?" has to do with whether or not having knowledge of someone's mixed-race background matters in terms of how this person is regarded.  Now that I know Melissa Harris-Perry has a white mother and a black father, does that change my opinion about her and her show?  Now that I know that Alex Wagner is half-Asian, does that change how I view her commentary on MSNBC?

While my immediate answer is "no"--the truth is, I think that our experiences make a difference in our lives--so someone who was raised with parents of 2 different races may have very different experiences than someone who was raised with parents who shared the same racial.  So while knowing about Wagner and Harris-Perry's backgrounds may not change what I think or how I feel about them, knowing, with more precision/accuracy what their racial background is, is important in understanding that their life experiences may offer differences that have shaped their opinions and personas.

[Aside 3: This post is actually not quite as articulate as I had hoped it would be -- things sometimes sound different in my head than when I type it out.  I suppose I could scrap all this and start fresh, but I figure I'll let this stand, especially because I haven't written about multiracial people for a while and this IS a blog called Mixed Race America and therefore SHOULD actually spend some time thinking and talking about multiracial Americans]

Finally, the last thing I want to leave readers with is a book recommendation.  I've finally gotten around (embarrassing to admit this, but it's true) to reading UC Berkeley law professor Ian Haney Lopez's book White By Law: The Legal Construction of Race (originally published in 1996 and re-issued in 2006).  It's a very smart book, particularly in tracing the legal construction of whiteness through what Haney Lopez terms the "prerequisite cases"--cases by people who we would now identify as Asian American and Latino who tried to claim citizenship based on "whiteness" who were denied access to whiteness and hence denied the right to naturalize as U.S. citizens.

Haney Lopez identifies as white and Mexican American.  I can't help but wonder about his personal experiences growing up as mixed-race and how they may have shaped his ideas about racial formation and racism.  His book is a primer on the way that the law has been instrumental in shaping our ideas and even the very physical appearance of our nation.

[Aside 4:  And if you don't have time to read the entire book, you can get a sense of his writing and his trenchant racial analysis by reading this Salon.com piece about Mitt Romney and whether Romney would, as he has famously claimed, have an easier time being elected president if he were Mexican American]
Posted by Jennifer at 5:35 PM 1 comment:

In 1992 the city of Berkeley decided that the second Monday in October would be celebrated as Indigenous People's day, because in the U.S. we've celebrated this as a holiday for that other guy.

So in honor of indigenous people's day, let me share a map that everyone child in the U.S. should get in their K-12 classes (but most likely don't): 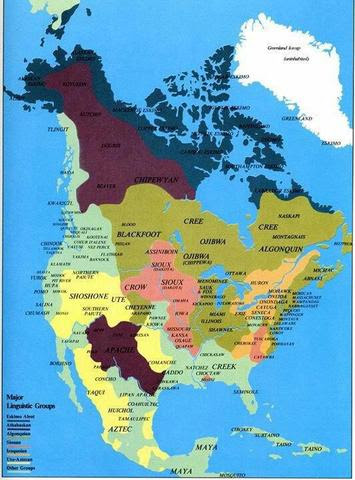 And this poem Cherokee poet, Jimmie Durham, which I found from the website, American Indians in Children's Literature (a great resource for parents and teachers)--I don't want to quote it, in full, since I don't have permission from the poet, but if you click here, you can see it/read it, in full.

Finally, there's this postcard from someecards--and it's funny 'cause it's true:

Posted by Jennifer at 2:04 PM No comments:

Racism: it's alive and well

Living as we do in the 21st century, where in the U.S. inter-racial marriages, mixed race people, and our first non-white President are now part of the norm (or at least are part of the norm for many people and for readers of this blog I imagine), it's easy to forget what old-fashioned racism looks like--you know, the kind that's not veiled in euphemistic language or hidden behind coded words.  I'm talking about straight up, in your face, one race is better than another racism.

For anyone who still believes that we've moved into a post-racial society, I have 2 recent examples of good-old-fashioned racism.

I suppose comment threads are thrumming with good old fashioned racism because you can be anonymous.  This choice piece was submitted by someone who identifies as a parent of a Southern U. student--it's in response to this Letter to the Editor, "Bid day racism is not to be taken lightly," which was in response to a sorority whose theme "Mi Casa Es Su Casa" was celebrated with sisters dressed up in sombreros, fake mustaches, and ponchos.


I was a huge believer in racial equality for most of my life. Unfortunately, I am a scientist at heart, and I value honesty, accuracy, and objective reality more than political correctness. And having read the scientific literature and statistics on the topic, and having eyes and ears of my own enough to see the obvious, I have been forced to concede that... all the evidence very clearly shows that white people are objectively superior in most ways (intelligence, compassion, low crime, achievements, etc.) to everyone except Ashkenazi Jews and North East Asians (Japanese, Chinese, and Koreans). And even then, one could make a reasonable case that white people have achieved more than Jews or NE Asians ever achieved without White help. I value intelligence highly though and I have to concede white inferiority in that regard to Jews and NE Asians. comments by anonymous_amren

I don't think I need to comment too much on why this is racist--the language of eugenics is never where we want to go.  I bolded the part that I thought was the most egregious, but really, most of the comments by "anonymous amren" point to someone who seems like a throwback to life in the 1950s.

Recently UNC Chapel Hill history professor, Roger Lotchin has written an Op-Ed piece to a Wyoming newspaper making many statements about the Japanese American incarceration that are (how to put it) just plain wrong headed.  Among Lotchin's biggest claims are that the phrase "concentration camp" was wrong and those who use it are wrong and that the whole experience was not based on racism but was a justified and justifiable reaction because of (wait for it): PEARL HARBOR--here's my favorite quote from this piece:

"That the Japanese- Americans suffered loss in the camps cannot be denied, specifically loss of property, loss of income, and loss of reputation. For some these losses were grievous. But the reason for that loss was the Japanese attack on Pearl Harbor and other American territory in the Pacific."

Racism wasn't a factor in their losses because they deserved to be racially targeted because the Japanese military bombed Pearl Harbor?  [sound of mouth opening and shutting]

So remember, if you ever start to think that maybe we really ARE living in a post-racial society.  Maybe racism is a thing of the past, just remember these two examples--there are people in the US who still believe that some races are better than others--who are staunchly upholding white supremacy.  I will say that one thing that heartens me is the comment thread of Lotchin's piece--folks do not seem to agree with him.  Which is not surprising.  After all, we are living in a Mixed Race America, even if some people don't want to acknowledge that fact.