Remember the "Got Milk?" ad campaign? And the spin-offs (one of the most famous being "Got Hope?" supporting Obama for America). 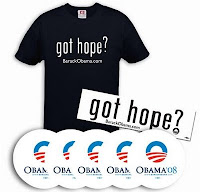 Well a few years ago at an Asian American studies conference, I bought a t-shirt that says "Got Privilege?" on the front, and on the back it has various icons of a dollar symbol, a bride & groom, a male symbol, and most perplexing for most folks, an insect--which is supposed to be a wasp, which is supposed to be the representation of the acronym W.A.S.P. (White, Anglo-Saxon Protestant).

[If you head over to Blacklava, you can see the t-shirt and the food variations that they also have, like "Got rice?" and "Got adobo?" and "Got sushi?"]

Anyway, I've been thinking a LOT about privilege since I've returned from my 4-day stint at The Greenbrier resort (see the first post on "West Virginia--the haves and have-nots").

Because the truth is, I have A LOT of privilege. And while it's easy for me to feel righteous, especially when I wear my "Got Privilege?" t-shirt, of the various icons on the back I can identify with at least two of them: I have both financial and hetero privilege. The hetero thing I'll leave aside for now, to focus on the thing Americans really hate to talk about in any substantive and honest way: money.

And this is what I mean. When is the last time you flat out asked someone how much they made? Or when was the last time someone flat out asked you how much you make? We are more likely to ask the intimate details of someone's divorce than to breech the subject of salary. And most of us feel pretty defensive about this subject. Why? I'm not too sure--but I think it's either fear of seeming like we have too much money or not enough. Or perhaps it's something else--the fear of being judged once you reveal your salary. That's what I think. If I were to go public with my salary, I would be judged for the choices I make. Not sure where this fear comes from, but maybe it has to do with the fact that I judge others.

I have a prejudice against rich people. I realized this when I was at The Greenbrier and I assumed that everyone else at this resort was there because they were paying top dollar and had the means to enjoy the resort--to pay $20/hour for tennis or $25/hour for crouquet or to dress in tie and jacket to have a $50 steak at their dining room. And I found this type of conspicuous consumption to be wasteful. And when the adolescent swimmers in the indoor pool were acting up, I assumed that they were the children of the rich and wealthy and therefore OF COURSE they misbehaved like rude barbarians--what do you expect of rich people's children? They have no manners and expect that they own the world.

But then I realized that to everyone I came into contact with, they were assuming that I was wealthy enough to afford a stay at The Greenbrier. And with a big BANG I realized that the truth is--I AM privileged. Maybe I don't make the kind of money where I can afford to pay thousands per night in a bungalow, but I have the means to afford the time off to enjoy the bungalow at someone else's invitation. And perhaps relative to the residents of White Sulphur Springs, I AM rich since I make over twice the median income of the town. And I can afford to have a spa treatment (which I did--I treated myself to the "Greenbrier" treatment--which included a sulphur bath, a sauna, a scotch-shower (which is a nice way of saying that someone takes two jet streams of water and hoses you down in a rhythmic manner--similar to hoses at a car wash and don't ask me why, but it felt good) and then a 50-minute full body massage, where my masseuse worked out all the lactic acid that had built up in my shoulder blades, which is where I hold all my stress and DAMN IT IT FELT GREAT!).

So am I a hypocrite? This is something I've been mulling over. Because the morning of my spa treatment I voiced to some friends that I wasn't sure I would ever want to return (they are thinking of making this a yearly meeting) because I wasn't comfortable with the atmosphere of privilege and wealth. And then the next thing I know, I'm luxuriating in a spa pool and enjoying the trappings of a wealthy lifestyle.

I have colleagues who complain about teaching 3 days a week instead of 2 days a week. And I know this sounds utterly ridiculous to anyone currently working a 40-hour a week job in which you have to clock in and answer to a supervisor. I try to remind myself that I am truly privileged to be a university professor--to have the time and leisure and luxury of working on esoteric and abstract problems of the mind--to immerse myself in reading novels and secondary sources on topics that truly stimulate me. And that the students I teach at Southern U. are some of the best and brightest in the nation and that in itself is a real delight.

I also think that I shouldn't try to be so harsh in judging myself or my colleagues in our academic privilege, just like I should try to be less righteous and harsh in judging the patrons of The Greenbrier. Because it's all relative--the people who worked at the resort--the ones who cleaned my room and served my meals and took care of the grounds--they didn't know I was there as someone's guest--and even if they did, would it matter? I'm still an overly privileged professor with my summer free and with connections good enough to get me to The Greenbrier on someone else's dime.

Anyway, it was a good wake-up call, for me, to examine my own privilege and my own righteous attitude. And to also think about the way I consume money and other resources and the message I want to send through my consumption to my friends and family and my students. I guess this is another privilege I get to have--the ability to question myself and to try to make better choices in the future.
Posted by Jennifer at 10:27 AM

Email ThisBlogThis!Share to TwitterShare to FacebookShare to Pinterest
Labels: academic privilege, calling yourself out on your own hypocrisy, class privilege, Spa treatments, Sulphur Springs West Virginia, The Greenbrier