Dith Pran, photojournalist, activist, humanitarian, died at the age of 65 due to complications of pancreatic cancer in New Brunswick, NJ. Pran came to international attention with a film made about his experiences in Cambodia and his friendship with New York Times journalist Sydney Schanberg, The Killing Fields. 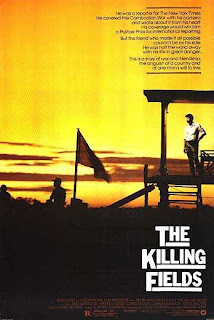 I saw this film when I was a teenager and it haunted me. Particularly the performance by actor Haing S. Ngor, who won an academy award for best supporting actor for his portrayal of Dith Pran.

After watching the film, I started to read about the Cambodian genocide, about Pol Pot's bloody regime, and about the heroic and tragic stories of both Dr. Haing S. Ngor, who, on the day Khmer Rouge soldiers marched into his city, literally left an operating room with a patient on the table, threw away his glasses, and told the KR that he was a taxi driver. Because anyone who was educated in any way, or had signs of "Westernization" like glasses, were executed on the spot. Dith Pran's story of survival is very similar--and the reunion at the end of the film between Pran and Sydney makes me cry every time.

For more on Dith Pran's exceptional life, go to this New York Times obituary where you can learn about this extraordinary man. And if you don't have the time to either read the essay written by his colleague and friend Syndney Schanberg (which is also in book form) "The Death and Life of Dith Pran," then go out and buy or rent the DVD of The Killing Fields, because Dith Pran did not want people to forget the atrocities that happened in Cambodia during the time of the Khmer Rouge. And he didn't want genocide to ever happen again--anywhere in the world. Which makes my heart ache when I think about places in the world, like Sudan, and how little we have learned. 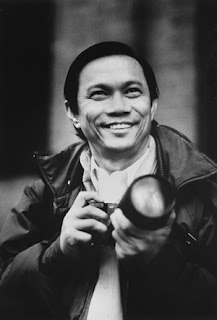 I saw "The Killing Fields" when I was just a child. It had marked me deeply. I am saddened by his parting and my heart goes out to his family and loved ones, but it is with sweet sorrow for he has lived a life that has taught a beautiful lesson of strength, conviction and humanity.
Go with God.