Here are a few things I've observed, recently, that make me think of cognitive dissonance:

[Saw this beach towel on a recent trip through Cherokee nation]

[I'm not saying that Democrats have a stellar record with the Human Rights Campaign, but REALLY...gay Republicans??? I guess you do have Larry Craig now] 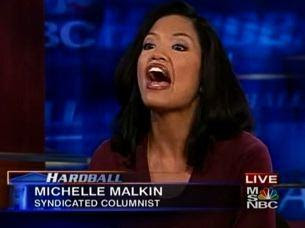 [Speaking of Republicans who don't make sense, Michelle Malkin puzzles me to no end. In particular, I'm flummoxed by her support of racial profiling and abuses at Guantanomo Bay through the twisted and convoluted illogic of her support for the Japanese American internment, which according to Malkin's unsupported claims, was neither racist nor unconstitutional but instead was designed for both protecting Americans from Japanese spies and protecting Japanese Americans from angry Americans afraid that they were Japanese spies. WTF???!!! The blog Too Sense has some opinions about Malkin worth contemplating] 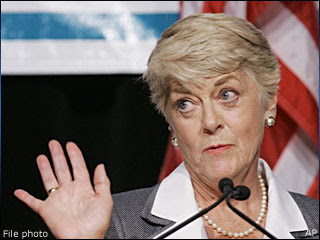 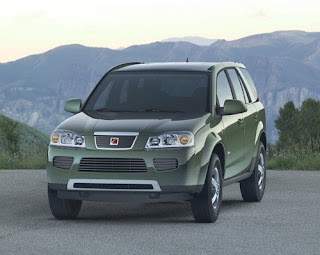 I agree with you on all of them except Hybrid SUVs. There are many families that have legitimate need for a larger vehicle and those vehicles should maximize fuel usage. The one that you have pictured, the Saturn Vue, is actually built on a car platform and not really a truck at all. Its mileage per gallon of gas is very reasonable (25city/32highway).

Hi Brian!
Yeah, my boyfriend also disagrees over the SUV-hybrid issue. I suppose I understand the practicality issues involved with owning a larger vehicle, and hybrid vehicles definitely seem preferable if you are going to go that route. Still, at face value, the whole idea of having an SUV seems counterproductive to energy efficiency and reducing your carbon footprint. But of course, you're talking to someone who owns a Honda Civic that sits in my driveway most days of the week while I either bike/walk/bus it around town. So I'm not sympathetic to SUV owners in general--perhaps a blind spot on my part, but I'm willing to live with it.