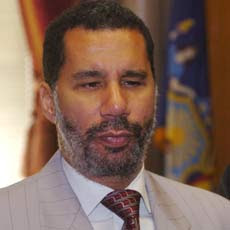 I think that among the many "marginalized" identities that I discuss on this blog, physical impairment is one I often overlook or unintentionally ignore. And yet, within my own family, I have an awareness of visual impairment: my father is legally blind in one eye, which makes driving, for him, somewhat of a challenge (although he can, and does, drive). And one of my cousins is also legally blind--yet her visual impairment has not stopped her from living an extremely rich life, which includes traveling to Egypt (something I have always wanted to do) and belly dancing (she performed for us all at her wedding).

Now--I'm not equating physical impairment or disability with race. Once upon a time, I sat on a committee that was awarding fellowships for "diverse" (read affirmative action) candidates. One person who applied was a white American woman who was confined to a wheelchair. One of my fellow committee members was incensed that we should consider her application (she was a finalist in 2 members evaluations) because this fellowship was to increase racial diversity, and he was offended that there should be an equation of race with physical impairment--that being black would be seen as a liability akin to paralysis.

And yet, in a recent NPR piece (click here), a commentator does not go so far as to equate race with disability, but does believe that of identity factors that might impact people's understanding or ability to relate to David Paterson, it is his blindness rather than his blackness that people will find more difficult to relate to.

Anyway, in honor of David Paterson's ascendancy to the Governor's office, let me end by including two articles from The New York Times, one that gives his political profile (click here) and the other (click here) that does talk about his blindness as education and inspiration for the state of New York and the rest of the nation.

[March 19, 2008: CORRECTION: David Paterson is actually the SECOND legally blind governor in national history. In 1975, Bob C. Riley, then lieutenant governor of Arkansas, and legally blind due to, I believe, injuries from WWII, became acting governor for 11 days in 1975]
Posted by Jennifer at 3:20 PM

It's like the race/gender analogy that Robyn Weigman analyzed close to a decade ago that the media still can't get over (cf. coverage of Hillary and Obama). Making the latter the foundation for the former--bad. Exploring similarities, differences, intersections, etc.--good.

That post has me thinking about the other issue. I've heard some commentary before about people being offended when gays equate the right to gay marriage and equality to the Civil Rights movement....the view being you can't decide your color but you can decide who to have sex with.

Can I ask? Was the lady considered? Did anyone say anything to the committee member?

It came across to me that it wasn't about being offended for skin color being equated with a handicap, but that too many people associate a disability as something bad and horrible to have...when many people with disabilities lead very productive and happy lives.

I remember reading an article about Michael J. Fox talking about his Parkinson's Disease and saying his life was amazingly good and happy BECAUSE of his problem and NOT in spite of it. It brought him a clarity and understanding that he thought he wouldn't have had if he didn't have the disease.

Eastern Reflections,
Unfortunately I can't divulge the conversation that ensued out of privacy/confidentiality reasons.

What I can say, from my own pov, is that I did, understand, an aspect of my colleague's discontent. So often racial affirmative action programs are undermined by a language of "diversity" that ignores a history of institutional racism and systemic discrimination against people of color--especially African Americans. So to feel like a program that was intended to recognize this history of racism was now going to be open to different types of "diverse" candidates, well it take the teeth out of the whole program. Because once you go down the road of physical disability, it is no small step to talk about class, education, region, religion, and a host of other factors.

All of which are valid in terms of an oppositional identity to white male heterosexual normativity. But none of which actually takes into account a history of racism that is particular to non-white people in this country.