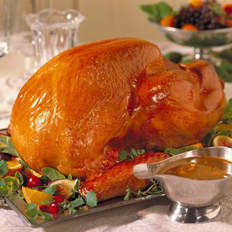 If "Mixed Race America" were a real country (and not simply a blog or an abstraction, although one can argue that the concept of a mixed-race America is a reality) then today, the 4th Thursday in November, THANKSGIVING, would definitely be its national holiday--because the history of Thanksgiving is so mixed. It is a secular holiday, although it has some religious connotations and roots (traditionally a harvest festival, giving thanks was seen as something you did for God and not just for the earth or for one another). It is a relatively commercially benign day--it's just about food and not about buying stuff, although all those "day-after-Thanksgiving" sales makes this seem like yet another consumerist (in more ways than one) holiday. And although American Indian groups see this holiday (and the really awful stereotypes surrounding Native American groups that get depicted and, more importantly, the reality of the horrific mistreatment that various tribes have suffered in this land--their land) as a day of mourning, it is a day where all people of all ethnic and religious backgrounds gather with those they love to appreciate one another and (if religious) whatever faith they give thanks for. And of course it's about the food. 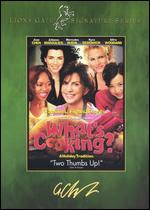 Gurinder Chadha's film What's Cooking? demonstrates the promise of a mixed-race America and the various ethnic American celebrations around this holiday, as well as the tensions and secrets that families keep (among others, a pregnant lesbian Jewish couple, an inter-racial Vietnamese-Mexican American pair, a black American family dealing with varied political affiliations and a recent affair).

So "Happy Thanksgiving" -- it's not a perfect holiday, but then again, we do not live in a perfect country. And that's OK--because humans aren't perfect. But perhaps, at least for one day, we can try to appreciate our lives--to be thankful and to give back to others. Thanks & Giving.
Posted by Jennifer at 8:06 AM