This morning I read an article in the New York Times about a unique program, the Family Independence Initiative, which is, in their own words:

"a national center for anti-poverty innovation that over this last decade has demonstrated that investing in people’s strengths and initiative delivers stronger, more sustainable and cost effective outcomes for working poor families."

As I read the article, a name recurred throughout--Maurice Lim Miller, the person credited for creating Family Independence Initiative, which began as a research project (inspired by then Oakland mayor, Jerry Brown) to make families be the drivers and leaders of figuring out the resources that they needed to get themselves out of poverty. The NY Times article and the website for FII describes their goals and process in detail -- but it was this description of Lim Miller that left me intrigued:

"Lim Miller, whose mother was an immigrant from Mexico who worked multiple jobs to support her children, had previously spent 22 years building Asian Neighborhood Design, a youth development and job training program, for which he was honored by President Clinton during the 1999 State of the Union address."

Intrigued by someone with a Mexican immigrant mother, the surname "Lim" embedded in his name, as well as his work with Asian Neighborhood Design, I decided to google Maurice Lim Miller, and this is what I found. 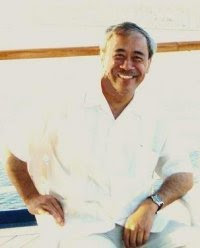 Maurice Lim Miller's parents (father, Chinese, mother, Mexican) crossed the Mexican border in the mid-1950s so that Miller could be born a U.S. citizen, and then they crossed back into Mexico. But at the age of 2, Lim Miller's parents had split, and his mother moved him and his older half-sister to Northern California. Insisting that Lim Miller got to college to get their family out of poverty, he received an Engineering degree from U.C. Berkeley, worked at Union Carbide, and then was drafted and was shipped off to Viet Nam. It was there that Lim Miller (who identified strongly as Mexican but who, because of his Asian features, was never fully accepted by the Chicano community) began to understand what it meant to be an Asian American:

“Being in Vietnam politicized me about being Asian,” he said.“I was pissed off all the time having to defend myself as an Asian.”

When he returned from Viet Nam he began working in political activist organizations in Chinatown and then got involved with Asian Neighborhood Design and eventually helped to develop Family Independence Initiative.

[If you want to read a full description of Lim Miller's life, google his name and find the pdf file for Asian Neighborhood Design's report]

For more on Lim Miller and FII, click on this link to hear an interview with Crosscurrents on KALW News and click here for the transcript of the interview with Holly Kernan. 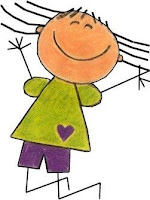 Maurice Lim Miller literally personifies what it means to be a Mixed Race American. And Family Independence Initiative empowers families and individuals to make the best decisions for themselves--to be the drivers and leaders of their own success. And for that both are deserving of the T.G.I.F. award--because it is a truly Great and Impossible Feat to empower people to solve their own problems and to recognize that people who are living in impoverished circumstances aren't perennially marked by their poverty but, instead, can help one another find ways to strengthen themselves and each other.
Posted by Jennifer at 10:52 AM

This is the tip of the iceberg, some human service nonprofits have been using “asset” assessment rather than “deficit” assessment in working with families for years. This example (F.I.I.) is important for many reasons, and offers a model that will be unique in many regions. But nonprofits working near competent foundations (CA, MA, MN, NY and a few other spots in the U.S.) have had the support to explore this work since the Reagan cuts of the 1980s started crippling public programs and public responses to exploitation and poverty. Nonprofits rock.