By now we have all heard about what unfolded in Tucson, AZ--the horror of the mass shooting, the grief and mourning, private and public. And we've also heard a lot of finger pointing--charges of amped up rhetoric, and irony of ironies, people who use amped up rhetoric as a defensive maneuver to say that they aren't using amped up rhetoric (we all know I'm talking about Sarah Palin here, right?).

I've thought a lot about what I wanted to write, with respect to the shootings in Tucson, the rhetoric that has emerged, the politics that are being played out. And then I watched the memorial service this past Wednesday, and I was really struck by the words of Daniel Hernandez, the 20-year old intern who is credited with helping to save Rep. Gabrielle Gifford's life. In his remarks at the memorial, which were amazingly poised and articulate given his relative youth, the size/scope of the venue, and the emotion of the service.

[I mean, can you imagine yourself at twenty standing in front of a podium facing 14,000 people, countless cameras, and with the President of the United States sitting front and center?]

Hernandez rejected, humbly and respectfully, the title of hero, instead calling the public/civil servants and first responders and medical staff of the hospital the real heroes in this event.

And what I was struck by, as they panned the crowd to show Rep. Gifford's surgeon, Dr. Peter Rhee, was how important a mixed-race America is to the cit of Tucson. Gifford's is Jewish. Hernandez is Latino. Rhee is Asian American. The six victims who died were Caucasian.

[Note: I'm assuming this based on their photos, but truthfully I don't know how any of them identified or whether some of them may have been Jewish or mixed race in ways that aren't apparent using only ocular evidence]

Arizona, as Sheriff Clarence Dupnik noted, has been a flashpoint for debates about immigration and ethnic studies--a state in which bigotry and prejudice have become so clearly institutionalized through anti-immigration measures (and rhetoric) and anti-Ethnic Studies measures. The not only tacit but clear white supremacist values that these measures promote make Arizona seem like it's this bastion of intolerance.

I was going to give Daniel Hernandez the T.G.I.F. (The Great Impossible Feat Award) solo--because he certainly deserves it, despite what he says about not being a hero.

[Aside: He was one of the first responders on the scene--he was THE first responder, in fact, and while it's impossible to say for certain, I believe that had he not rushed to her aid immediately and had the presence of mind (and the skills of his nursing assistance class) to staunch her wound and keep her calm, then I don't think she'd be making the progress that she is currently making. He really is a remarkable young man--Time magazine did a piece on him (click here) and among the other things about Daniel that have not been reported on since it's not the most important things to note about him in light of his actions of the past week, is that he is a politically active, gay, Latino man. Yet these markers of identity--being politically active (he volunteered on the Clinton 2008 campaign and then for Gifford's re-election campaign after Clinton dropped out), being gay and being Latino are important for the world to recognize not only because it's part of who he is, but it's a reminder, in the midst of all the polemical debates about gay marriage, about queer rights, about Ethnic Studies and the importance of Chicano/Latino history in Arizona, that Daniel Hernandez's very existence is a refutation to the arguments of sealing borders and teaching white-washed and sanitized versions of history and not recognizing the rights of queer people everywhere.]

But I think since Daniel doesn't want to be singled out as a hero, that what we should be grateful for, what shouldn't seem impossible but sometimes is, is the fact that we live in a mixed race America. 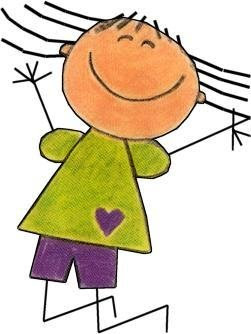 Thank goodness we live in a mixed race America. Thank goodness for people like Daniel Hernandez. And thank goodness for organizations like Ben's Bells--a non-profit in Tucson whose message and purpose is to spread kindness to strangers. Click here on the link to find out more about what they do and watch this piece from the New York Times:

Email ThisBlogThis!Share to TwitterShare to FacebookShare to Pinterest
Labels: being kind to others, Daniel Hernandez, Gabrielle Giffords, Peter Rhee, T.G.I.F. award, the tragedy in Tucson

I think when I lived in Tucson in the early 90's - I lasted no more than 7 months - I was in a special position to observe what I sensed was incredible tension. Being mixed, brown people would often approach me speaking spanish, assuming I was Chicana because of my brown skin and facial features. I think caucasians there needed to hear me speak king's english before they could figure out how to approach me (or, er, categorize me).

This tension has lasted there for so long in modern history that I'm not sure how SB1040, minutemen and other symptoms of this "mecca" will last or end. But I'm so, so sad that this shooting and the aftermath of law enforcement briefings has validated my instinct: the tension simmering just beneath the surface was, and is very, very dangerous.